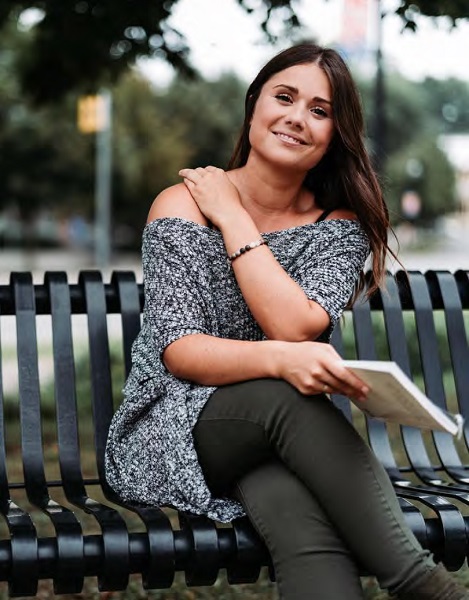 Frédérique Dufort (@frederiquedufort) is a stunning Canadian actress and author. She’s had roles in TV shows and movies and even wrote a book. This amazing overachiever has accomplished so much over the years and has over 43 thousand followers on Instagram. She started acting at a young age and has been in the industry ever since. She’s also very close to her family and posts with them often. One fun fact about her is that she’s super tiny; she’s only five feet tall! Check out some of her work today.

Frédérique has had roles in many shows and films. According to IMDb, she is known for playing the role of Lea Petit for 48 episodes in the series Unite 9, a drama about a French-Canadian woman who is in jail for pushing her father down the stairs. She’s also known for starring in another TV drama series called Tactik, where she has starred in over 100 episodes. In addition to these TV shows, Frédérique has also had roles in films, some including CQ2 (Seek You Too), a movie about a teen passionate about contemporary dance and A No-Hit No-Run Summer, a sports drama. Check out some of her shows and films!

Not only is Frédérique an actress, but she’s an author as well. Her book, Fais-le pour toi ~ Miss Parfaite (Do it for You- Miss Perfect) is all about advice for encouraging and helping people to survive and succeed in their adolescence years while being true to themselves and embracing differences. The book has done well among teens and parents have said that their daughters and sons loved it.

Frédérique Dufort Does It All

From her acting to writing, Frédérique Dufort is killing it. This actress and author is a great inspiration for young women and is also a fashionista and beauty. Follow her today and show her some love.